Within the UK other cohousing models are being developed including cooperatives, other forms of mutual ownership and a number in partnership with social housing providers to include other tenures.  They range from new-build to retro-fitting of existing dwellings and other buildings in the community.

MUCH is currently talking to Manchester City Council an 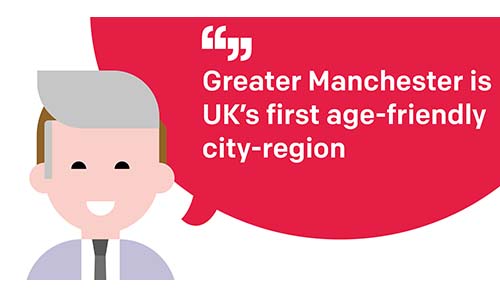 d others involved in the Age Friendly Manchester initiative to share their expertise and assist the City in exploring cohousing as a contribution to creating an age-friendly city.

This includes seeking advice on identifying possible sites for development and reviewing any planning issues that might be relevant to this type of scheme.

The creation of a successful cohousing community could then act as an exemplar for others groups in the city and, as the MUCH project is established, we would hope to be able to support other cohousing initiatives.

The research carried out as part of the  development of Age Friendly Manchester’s housing strategy identified significant numbers of owner-occupiers in the city who are over 50, many of whom will want to downsize and move into more manageable homes as they age, releasing family homes from under-occupation.

Whilst this group may not be eligible for social housing, a lack of suitable alternatives and decreased mobility may leave them isolated.   This could lead to increasing demands on the devolved health and social care budget, as a lack of social contact is known to have a detrimental effect on the health of older people.

Cohousing could enable the city to provide another more flexible offer for older residents,  who don’t need extra care but would benefit from the self-support and community that cohousing offers.  In addition, because cohousing is developed and managed by the community members themselves and not commercial providers, the financial benefits stay in the local economy.

We believe that by supporting cohousing the city would be able to retain older people who have directly invested in the city, its services, organisations and communities, both financially and socially – and who would continue to do so in the future.

…not your ordinary retirement community